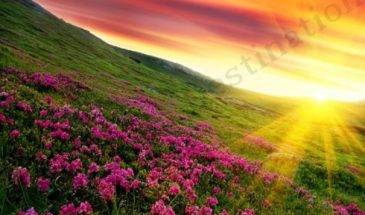 North Sikkim is one of the most beautiful Himalayan Destinations in India. This is a small district in the state of Sikkim. It consists of some of the most popular Sikkim tourist spots. However, it is popular for its natural…

North Sikkim is one of the most beautiful Himalayan Destinations in India. This is a small district in the state of Sikkim. It consists of some of the most popular Sikkim tourist spots. However, it is popular for its natural wonders, mountain views, and ancient monasteries. This region was once a significant part of the silk route road. The ancient silk route was the connector between the Asian and European countries back in the days. Traders from various kingdoms used to use this route for traveling. As North Sikkim was a part of this route it absorbed many of the cultures and traditions of those visitors and travelers. Those are incorporated into their everyday rituals. If you select the right time, you will get to participate in their festivals and rituals. So, if you wish to explore the magnificent North Sikkim, then definitely book this North Sikkim holiday tour package.

Some of the destinations you will visit in this North Sikkim holiday tour package are:

Himalayan Destinations is popular for its optimum customer service in Hooghly. We have become one of the well-known tour and travel companies in Kolkata and Hooghly. We provide a wide variety of Holiday tour packages, Family tour packages, Honeymoon packages, and more. So, if you wish to learn more about our tour packages then contact us on  (+91) 7980464525.

Morning Pickup from NJP railway station or Bagdogra Airport or Siliguri Bus Stand proceed towards Gangtok, the capital of Sikkim. Chek-in to the hotel. Evening you can roamed around MG Marg by own.
Overnight stay at Gangtok hotel.

Morning after delightful breakfast pick up from hotel and Proceed to Lachung. it is about 7 hours drive from Gangtok. On the way stop for sightseeing at Seven sister waterfalls. Lunch will be served at Mangshila or on the way any other place. Post lunch proceed toward Naga Waterfalls, the confluence of Lachen Chu and Lachung Chu at Chungthang. On the way see the beautiful Twin Waterfalls, Bhim Nala Waterfalls & Amitabh Falls. You are likely to reach Lachung at afternoon and check in to hotel. Explore the hidden pleasure of Sikkim by own.
Overnight stay at Lachung hotel.

Early morning around 5:00 AM proceed towards Yumthang Valley (11,800ft.). Breakfast will be served on the way in cool weather with worm hospitality. On the way you may visit the famous hot spring. Come back to Lachung. After lunch pack off your luggage then drive back to Gangtok. Evening you can enjoy in the MG Marg & Lal Market and complete your last day shopping by own.
Overnight stay at Gangtok hotel.

After leisure arrived in the morning enjoy the beauty. After breakfast leave Gangtok and proceed towards NJP railway station or Bagdogra Airport or Siliguri Bus Stand Drop for your further journey.

Which things to be considered for this trip?

Note that most of the place of North Sikkim situated in high altitude and the air has rarefied oxygen levels so you need to acclimatize yourself at base camps & gradually increase your night stay. Avoid long stretches of travel that involve drastic shifts in the oxygen levels in air. Avoid too much physical activity for long time & specially notice on your children and senior Citizen. You also need to travel in a sturdy vehicle like a Jeep as the roads are mostly rocky and full of sharp turns. It’s better to hire a good driver and vehicle from a reputed Tour & Travel agency for exploring North Sikkim.

No foreigners are allowed to the Yumesomdong / Zero Pint, Mt. Katao, Lachen & Gurudongmar Lake. But they can enjoy only at Lachung and Yumthang Valley.

It can be fully customized as per customer's choice. Customer can choose any date as per there availability. As we have our own hotel in Gangtok, so sharing package for North Sikkim can run through out the year.

Are there any hotel in Lachen & Lachung?

Yes there are hotel options are available. But you can not categorized or compared hotel with other place of Sikkim.

What facilities are available in Lachen & Lachung hotel?

Generally hotels at Lachen and Lachung operated by local people. You can feel the local culture and food in there. But you can not compare or categorized hotel with other part of Sikkim. Major hotels have basic facilities only.
• Maximum hotel did not provide television in the room. Television may available at dining place.
• Food will be provide at dining place only. No room service will be provided. Food cooked by local Sikkimese people. So
taste may different from your regular food.
• Geyser may not available then hot water will be provided on demand in the bucket.
• Attached toilet available with western style. Few hotel / rooms may have Indian toilet with common areas.
• Electricity and water is a major issue of this area. So use it whenever is required.

Standard category hotel will be used for this package. But anyone can upgrade there package options as per availability.

What type of document is required for visit North Sikkim?

Please note that without valid documents permit can not be issued. Better to ask before travelling for valid documents list. Several parts of North Sikkim falls under protected area and you need a special permit / Inner Line Permit (ILP) and suggested go with a trusted / reliable Tour & Travel agencies only.